Why I Owe Mick Taylor an Apology 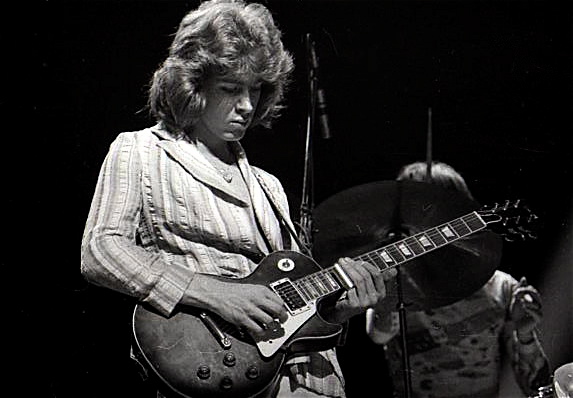 I was trained as a “serious” musician. Yet across all those years of contemporary-classical composition and theory, and then, later, writing about AV and technology, I’ve always led a double life, playing guitar in one or another blues, blues-rock, folk-rock, or some other compound-genre band.

And like a lot of guitar players, I always quietly sneered, a bit, at Mick Taylor, the British wunderkind conscripted into the Rolling Stones in 1969 following Brian Jones’ watery death. Sure, his work on Exile on Main Street was exemplary, and his chops self-evident, but his oddly four-square, self-contained, almost fussy playing never lit my bulb.

Then I discovered Wolfgang’s Vault (www.wolfgangsvault.com), an online keyhole into a vast archive of recorded rock and roll. The site is a bottomless well of live recordings (many but by no means all no-fi sound-board tapes) amassed by Bill Graham’s many enterprises over the years, all now available for online streaming for a nominal subscription. If you care about the music, you need to sign up.

And amongst all this wealth, one evening, I found myself listening – mesmerized – to the Stones’ famous Forest National small-arena date (Brussels, Belgium, Aug 17, 1973): Keith’s on the right; Mick Taylor left-center. And Taylor’s playing is just about as I’d always heard it: careful, clean, contained, un-swinging, un-shuffling, rhythmically unadventurous, almost academic.

But listen closer. He weaves, effortlessly, seamlessly, brilliantly, with Keith; with Mick; with Charlie’n’Bill. Never “soloing”; almost-in-the-background, rarely soaring or stepping forward, but contributing an amazing tapestry, a vibrating, breathing pattern that raises the music up. Up, until as the set reaches the incendiary, closing medley (“Rip This Joint”/Jumpin’ Jack Flash”/”Street Fighting Man”), it reaches a place that transcends the dumb, dope-fuelled delivery of expected spectacle it would otherwise have been.

Now, I’m pretty sure Keith wasn’t putting much conscious effort into sensitive musicianship – in those days the simple fact that he remained upright and played (mostly) in the correct keys was a small nightly miracle. And we can assume that Jagger had his hands full doing his thing; the Stones follow Jagger. Period.

But Taylor is listening, really listening, and reacting, or more accurately, anticipating every note, every accent, every stop. Everything he plays, whether on slide or frets, elevates the proceedings, from the opening of “Brown Sugar” to the encore’s rave-up. It’s a miracle of rock’n’roll guitar (in an interview Taylor once said he recognizes no difference between “lead” and “rhythm” playing, a view I strongly endorse), and better still, as song follows song you can clearly hear Keith raising his game till by the crazed medley ending the set they are transcending their instruments, their fingers, their very selves, approaching that purity for which the best jazz players and -- very, very rarely -- the best rock players, strive.

So, Mick T.: my apologies. You knew exactly what you were doing, all those years ago. And thanks to you, for a brief season the Rolling Stones really were The World’s Greatest Rock’n’Roll Band.