For some reason, the idea of coming to our 100th blog post has been intimidating, and not many -- even with cajoling, pleading, begging, and while I'm ashamed of it: bribing.  No one wanted to take on the daunting task of writing "The Best 100th Blog Post Known To Man".  Seriously folks, this isn't an event that will be memorialized forever, in fact, if I had to guess, it probably won't be memorialized or wouldn't even be noticed if no one said anything.  But alas, the 100th blog post authorship has been passed around like a game of hot potato, and it just landed in my hands.  So, I'd like to welcome you to join me as I explore Gramophone's past, present, and future.

34 years ago a twenty-something had a passion for music, not the typical "I want to be a rockstar" passion, but a true appreciation for musicians and musical artists.  He had a passion for the stereo business.  Back in the 70s there were people who proudly considered themselves to be audiophiles.

The word "audiophile" comes from the Latin audio meaning I hear & the Greek philos meaning loving.  These audiophiles were collectors of record albums, concert-goers, and your basic hobbyists seeking high-quality audio reproduction via the use of non-mass-produced high-end audio electronics.

This particular twenty-something audiophile is now Gramophone's fifty-something owner & president, Brian Hudkins, who has become well known in the Consumer Electronics Industry for creating a business model that has stood the test of time and has become an industry standard.

How has a company with a name so dated as "Gramophone" stood the test of time?  "It's not about the name," Hudkins says, "It's about the associations people make with a name.  Take for instance, Amazon.com.  Do we associate Amazon with a big river in Brazil or with every product imaginable at the lowest prices?" 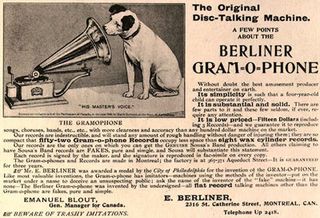 Do people need to know that a Gramophone was the original piece of equipment used to play recorded music? Or that it was referred to as "The Original Disc-Talking Machine"?  This was the beginning of recorded music.  If the printing press was what changed the history of text, then the gramophone changed the history of music: from records to cassettes to CDs to mini-discs to mp3s, it was the invention of the gramophone which allowed for the mass reproduction of music and allowed for more people to access music.

Gramophone started out in a 3,000 square foot space, housing warehouse space (above the showroom), offices, as well as in-house repair & service space.  Bruce Spivey, one of the salespeople who has been with Gramophone since the move out of the old showroom in 1998, recalls having to carry large televisions down up and down a flight of stairs in and out of the warehouse space. 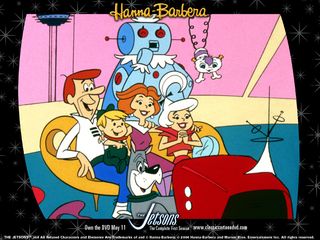 As of today, Gramophone consists of two showrooms: one located in Timonium and the other in Columbia.  The Timonium Location houses both the primary warehouse as well as the Design Center, staffed with a full-time interior-designer, lighting designer & technician, CAD technician, systems engineer, full-time installation staff, and programmers.

Technology is moving and developing faster than ever before.  Weren't we supposed to have flying cars by now, though? What happened to the dreams of living like the Jetsons' where going to bed meant pressing one button to shut the house down at night, and the lights would all turn off and the shades would close?  What about turning the music on and not having to worry about finding the correct CD or even burning a mix CD?  These are all realities now that can fit into any size budget.  See it in action at either Gramophone showroom.  Ask how your iPod can become so much more than just a portable music player.

Several years ago it was difficult to imagine that a flat-screen TV could cost any less than $5,000. But now, with advances in technology, the manufacturing process, as well as distribution; prices of these TVs have decreased dramatically.  Our showrooms can be deceiving; however, because of our association with the Home Technology Specialists of America (HTSA) we are able to purchase a good portion of our products from the largest distributor in the world, which means our prices are either at or below those of the big-box stores.  We know it might be difficult to believe that the specialty audio/video technology retailer can even begin to compete with the big-box stores on price, but we hope to surprise you.

Where do you store your music?  How do you play it?  What is your primary source for your television?  How do you share your family pictures?  How much impact will the iPod, iPhone, and iPad have on home automation?

The quality of digital music continues to improve, and we've begun to show you a variety of secrets that your iPod has been hiding from you.  The amount of content available in 3D continues to increase daily and affects the ways in which the audience interacts with movies.  Even more engaging are 3D video games which lure the player into another world by adding that 3rd dimension.

No longer is this world of technology only available to a select few.  Just as cars have become a standard form of transport, so has this technology.  Of course, you'll want to test drive it before it becomes your lifestyle, which is why our showrooms offer the experience of living it.  Come in and See it. Hear it. and Live it. for yourself.