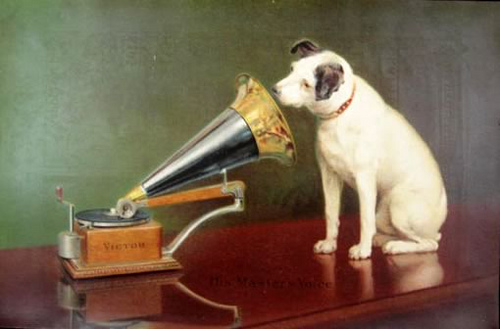 Gramophone’s founder, Brian Hudkins, has always been focused on the future. We were almost called The Electric Gramophone, but Brian realized that the name, although perfect for the 70s, wouldn’t fit for very long. He instead went with Gramophone, which we still like forty years later.

Even with our name, Brian knew how important it was to look ahead. We're always trying to stay on the forefront of innovation with new products and designs, but with our 40th anniversary right around the corner, we thought it would be fun to look at where we've been through the years and relive some of our best moments from the past four decades.

The seventies were pretty special for us: That was when we got our start! In the beginning, we were all about equipment. As a self-described “equipment junkie,” Brian was the perfect person to lead us through the changes that were coming with the evolution of personal listening. In just a couple years, we went from 8-track players to cassettes, to CDs, and to the first Walkman to play them.

In the eighties, we moved past audio and expanded into video and home automation. One day a sales representative came in and introduced us to the laser video disk. Brian was fascinated. VCR players were the big thing at the time, but Gramophone was all about high-quality performance, which VCRs just couldn’t provide. We decided to run with the newest technology of the laser disk instead, and we were able to provide our customers with a viewing experience that was far superior to that of the VCR. At the time we were also diving into the concept of remote-controlled stereo systems, the very start of our multi-room services. Why have speakers in only one room when you could have them in three?

By the time the nineties came around, technology had exceeded everyone’s expectations. The Internet was constantly expanding and the first streaming services were developed. Live connectivity was now possible, and by the Winter Olympics in 1998 in Nagano, the technology was advanced enough to complement a performance of Beethoven’s “Ode to Joy” in the opening ceremonies: The piece was played and sung over live audio feeds from across the globe.

Considering developments such as this, Gramophone worked hard to stay on top of all of the new technology, and we’re pretty proud to say that we were able to continue to innovate as everything around us was changing.

The economic turndown of 2008 was a big challenge for us. The recession hit everyone pretty hard, and many companies weren’t able to make it through. It wasn’t easy, but Gramophone pushed through to be one of the only smaller AV companies that survived. Looking back, we’ve realized that overcoming those challenges actually helped us grow. Refocusing on our values of customer service and quality product, we came out of the recession stronger than ever.

So what’s going on now? One of the things we are most excited about is voice controlled automation. Not only is it amazing that your TV and lights can come on when you tell them to, this new technology could really help those who are limited in movement by illness or physical disability. We’re really hoping that voice automation will be able to help people in ways that were never possible before.

Believe it or not, that's only just a little bit about where we’ve come from and where we’re going! We hope you’ll come celebrate with us and learn more about our history when we throw our anniversary party in November. Don’t forget to RSVP!