If you haven't heard of Pinterest yet, we're pretty sure you're a hermit without access to the internet.  It's all the rage, yeah primarily women are using it...and we know we primarily get male readers, but hey, we love our women customers & readers just as much as the men*.  Don't be timid though, men...you might just find a few of your buddies secretly over on Pinterest as well.

Here's the secret to why people (men) aren't "getting" Pinterest: They're trying to make it way more complex than it actually is. If you've ever used a computer & an actual, real-life, bulletin-board then you can use Pinterest.

We've created a bunch of Pinboards & pinned a lot of cool stuff over the past month, and what we're sharing with you today comes from our Best of February 2012 board.  It's a lovely collection of just cool stuff from around the web that we think you'll like.  Take a look & let us know! 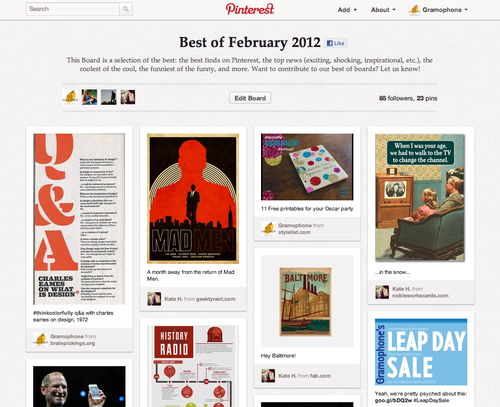