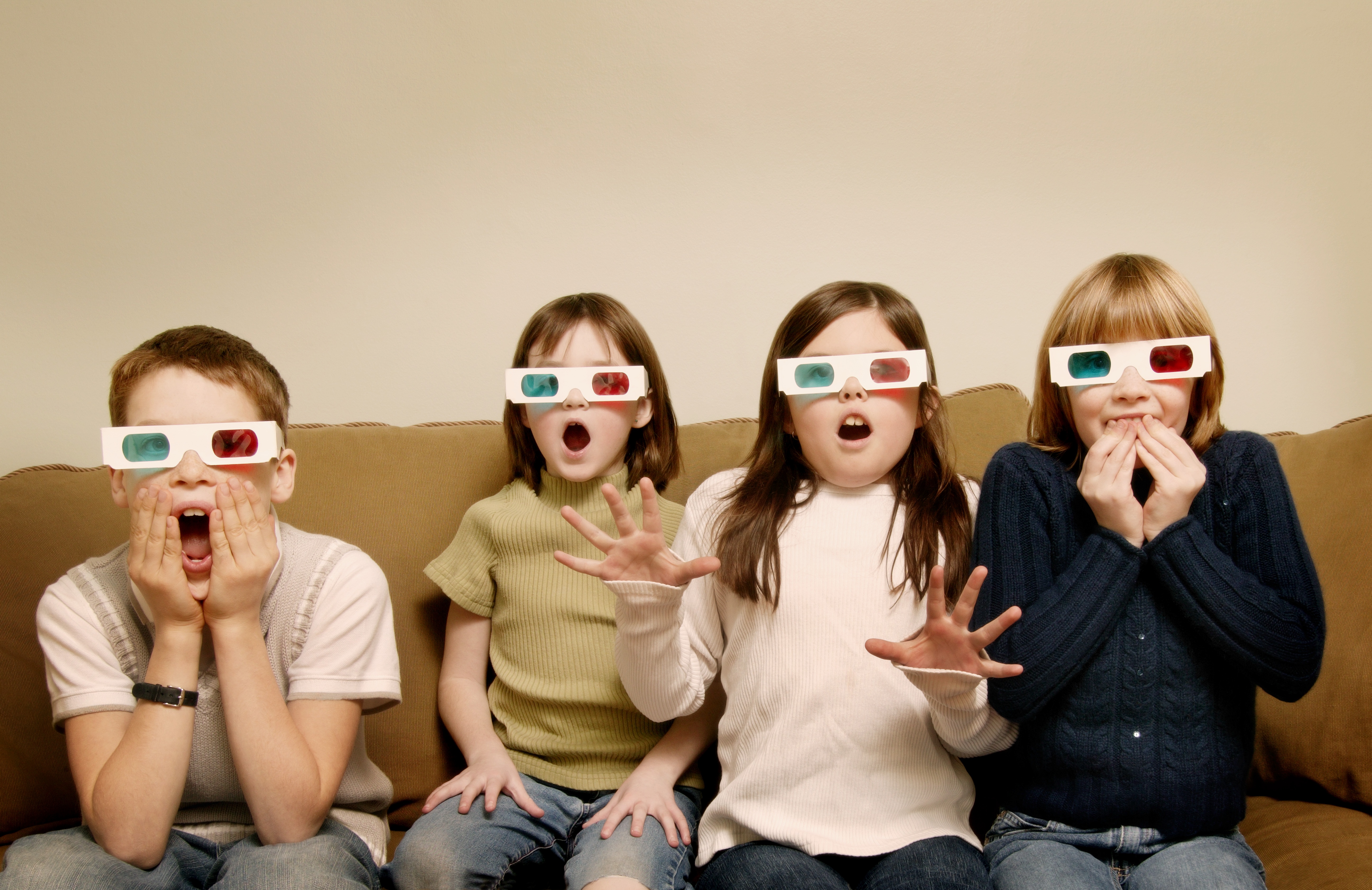 Like it or not, 3D is here to stay. Movies produced in 3D remain big box-office earners, and most 3D titles eventually see distribution on Blu-ray Disc. TV manufacturers have also started to incorporate 3D as a standard, rather than step-up, feature in new HDTVs and Blu-ray players, so an increasing pool of viewers are now able to experience movies in that format.

While many people have heard about 3D TV—and are maybe even aware of their own set’s 3D capabilities—what’s less known is that there are two different methods that HDTVs (and Ultra HDTVs) use to display 3D images. Both have their upsides and downsides, so it’s useful to know the differences between them.

With TVs that use active display tech, the left- and right-components that comprise a 3D video image are displayed sequentially and viewed using active shutter glasses. The lenses in these glasses contain liquid crystal material that shutters in sync with the left/right images displayed on the screen so that the left eye only sees the left-eye image, and the right eye only sees the right-eye one. Active shutter glasses are battery-powered and use either infrared or Bluetooth signals for synchronization.

With TVs that use passive 3D tech, both the left and right images are displayed at the same time and filtered by an element on the display’s surface called a Film Pattern Retarder (FPR). The FPR polarizes alternating lines of the display to filter the left/right images, and glasses coated with the same polarization filters are used to view them. Because they don’t require lenses with battery-powered liquid crystal shutters, the glasses used for Passive 3D TV viewing are inexpensive compared with active shutter versions.

The key upside to active 3D tech is that it permits viewing of full-resolution 1080p images from Blu-ray. On the minus side, TVs that use active tech tend to be less bright (because less light is emitted by the display), and prone to a subtle flickering effect created by imperfect synchronization between the liquid crystal-filled lenses and the left/right images being displayed onscreen.

With passive 3D tech, the key upsides are that the TVs tend to be brighter and there’s none of the flickering associated with TVs that require active shutter glasses. On the downside, the FPR halves the vertical resolution of 1080p images, so that each eye only takes in 1,920 x 540 pixels. It also adds a “louvered” texture (basically, fine black lines cutting across the picture) that can be visible when viewing from close-up seats.

Ultra HD to the Rescue

While passive 3D tech has taken something of a public-relations hit due to the limitations mentioned above, new Ultra High-definition (4K) TVs that use passive 3D don’t suffer from the same issues: Even with the FPR reducing vertical resolution by half, the 3,840 x 2,160-pixel count of Ultra HDTV screens is sufficient to display the left/right components of 3D images at full 1080p resolution (each eye sees 3,840 x 1,080 pixels). For this reason, it’s a reasonable bet that passive will supersede active 3D tech in the next generation of TVs.